Hi Camberwell Studio regulars,
This week has been totally dominated by the Street Fit dancers for their new promo video. The shots look amazing. Using a selection of streak filters, jib shots, moving lights and lasers the team have created a gritty, colourful, powerful promotional video.
What’s the best way to make a pancake? Well it combines- Water, flour, and a snow machine! That was the state of our Studio floor after our director; Piers Verno Kell,had his creative way on the street Fit shoot. He achieve some great results  using slow motion shots, lasers, baby oil, moody lighting and a snow blower to give some really unique footage. The studio and our staff really showed what is capable.  We also managed to wrap on time and get ready for a whole new day of green and white screen shooting.
Street Fit is one of our major productions. Stay tuned for some fantastic backstage images, and look at their Facebook page for more info. Set design by Lorraine and her wonderfully artistry. Speakers were provided by Ligwa and made the set design look really cool. Many thanks to them for their support. 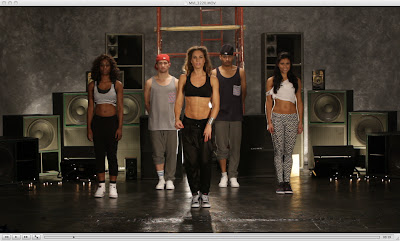 Also at the studios this week we welcome back Stewart Buck and his documentary crew. Stewart and his colleague, Stephane are massive fans of the 1982 film ‘The Keep’, directed by Michael Mann and in very much the same way as Ridley Scott’s ‘Blade Runner’, the film was a massive controversial mess of a movie. With over-running, over budget, in-fighting and ground breaking special effects to boot. For this, and many other reasons, Stewart and his team have been on a quest to piece these production stories together, with the aim to produce a ‘making of’ section and inspire the Studios to release a director’s cut.
Stephane was inspired by the Monster creation in ‘The Keep’ and based his life on special effects work. Creating Monsters, Aliens and demons from all manner of films including, Jurassic Park, Lord of the Rings, Alien, Predator among many others. 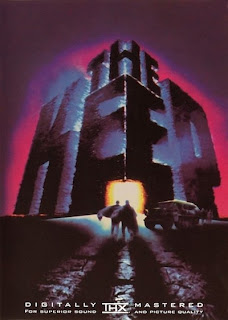 We wish them luck on interviewing cast and crew members and we hope they get the commission they deserve to bring this historic Movie back to life.
Please continue to join our mailing list, ‘like’ us on Facebook and tweet with us on Twitter.
www.camberwellstudios.co.uk
www.facebook.com/camberwellstudios
http://twitter.com/#!/FilmStudiosUK
Until next time...
Sam Parkinson
Posted by camberwellstudios at 04:31